Anthony Fauci: ‘Leaders must get vaccinated’

Leading the American Covid task force, one of the world's most renowned scientists advocates lockdowns and pleads world leaders: "Lead by example"

One of the most renowned immunologists in the world, American Anthony Fauci, 80, has become a celebrity as the voice of reason who opposed the rhetoric of disavowal of evidence sponsored by Donald Trump’s White House. On several occasions, the short, skinny scientist who favors socks with funny prints used his position as a senior member of the task force set up by the government during the pandemic to refute inanities uttered by his boss. Promoted by Joe Biden to chief advisor for medical issues, Fauci, who has served seven Presidents and in the 1980s was fundamental to destigmatize HIV, now celebrates the successful U.S. vaccination campaign spanning over half the adult population – though still facing growing contagion in some states. Interviewed by VEJA by phone at 7 a.m. sharp, he shared his opinions on the rampant advance of the virus in Brazil, advocated lockdowns, and said that the planet will take about one year to regain normality.

Pandemic numbers in Brazil are still among the highest in the world. How does one flatten the curve with the sense of urgency required by the situation? Without a doubt, Brazil’s scenario is highly severe since, on top of cases spiking, the health system is overwhelmed. With such a vast territory and so many states and cities involved, the challenge to stem the virus grows more complex. Having said that, I don’t see a way out other than looking at successful experiences across the world. And they indicate that the only truly effective way out so far has been well-conceived lockdowns based on consistent restrictive measures which keep people at home as long as possible. These limitations don’t have to last too long, but long enough to control the peak of the outbreak. In parallel to that, you must floor the gas pedal now to vaccinate the population.

In which countries have lockdown measures proven efficient? New Zealand, Singapore, and South Korea are some of those who were successful with a model of well-managed quarantines, widespread use of masks, and a careful reopening. Another very interesting example is Australia, which faced a dangerous surge in cases in the second half of 2020 when it decided to implement a severe lockdown that slowed down the virus in a little over 100 days. Today the country records less than fifteen new daily infections, almost all from abroad.

Half the U.S. adult population has received at least one vaccine dose. How did you get to that level? President Joe Biden has made it his topmost priority, dedicating lots of time and money to planning massive vaccination. I can bear witness to the fact that the White House team has been involved in an extraordinary effort to organize the roll-out of doses and make sure they reach the population in an easy and quick fashion. The effects of this race will soon be felt in an expressive manner.

What can Brazil, which has so far vaccinated 12% of its adults, do to pick up the pace? I don’t feel comfortable saying what Brazil should or should not do, since I don’t know the country like its authorities and its local experts. It takes a collective commitment, of politicians and society as a whole, for a campaign of this scope to work anywhere on the planet. Besides, the more vaccine options are available, the better the chances of success, including the battle against new variants of the virus. The U.S. relies on those by Pfizer, Moderna, and Johnson&Johnson, which was temporarily suspended after reports of cases of thrombosis. Imagine if we only had that one to rely on.

Like in the U.S, a portion of Brazilians shuns the vaccine. How do you encourage them to go to a vaccine center? Experience shows in a crystal clear way that leading by example makes a world of a difference. In the U.S., we decided to recruit politicians, athletes, celebrities, religious figures, you know, personalities people look up to and trust to take the vaccine in a public fashion and raise awareness to its importance. President Biden and Vice President Kamala Harris got vaccinated in front of the cameras. Being a known physician, I took part myself.

Has that helped? We have evidence that a considerable number of citizens who declared themselves wary and would rather wait a little longer to get vaccinated changed their minds and took their shots. It’s a virtuous cycle: the more people get vaccinated, the more people will feel confident.

Does it get in the way when a leader like President Jair Bolsonaro states he’ll be the last one to take the shot? You can’t measure how harmful the resistance of a chief of state is, but this kind of attitude is definitely not at all helpful. Leaders must not only get vaccinated, but they must also go further than that: it falls on them to advertise the benefits of immunization.

What was it like working with former President Trump and having to contradict him before the cameras? It was hard. I have immense respect for the office of the President of the United States and what it stands for, so I took no pleasure in contradicting Donald Trump on all those occasions. But correcting him was vital to maintain my own integrity and deliver the correct message. After all, this is the mission of a scientist before the population they work for: tell the truth with the utmost rigor. As painful as it was, I know my attitudes were essential to get where we wanted.

What are the differences between Trump and Biden on the handling of the pandemic? There are several differences. One is that President Biden is absolutely involved with the virus task force and makes a visible effort to be on top of everything that’s going on. He also has worked to gather a team of highly qualified doctors and scientists to advise him – and he always listens to what they have to say. On the campaign trail, Biden pledged to base his policies on science, not on anecdotes or false theories. That’s what’s he’s doing.

How often do you meet with the President? At least once a week, but a have daily briefings in the White House. Biden always emphasizes his respect for serious medicine and stresses his greatest concerns: to see the biggest number of people vaccinated in a short period of time and to see that the new variants of the virus are neutralized.

The U.S. has a vaccine stockpile produced by AstraZeneca in a partnership with Oxford University which has yet to be approved by local officials, while Brazil and others face difficulties to get doses. Does the U.S. administration plan to donate them? It’s true that there are AstraZeneca vaccines waiting for FDA approval for emergency use, and we won’t administer them until they’re approved. It’s also not in our plans to donate doses ordered for domestic use while all the citizens in the country have not been vaccinated. After supplying our domestic demand, we’ll make our surplus available to those in need. Many people are under the wrong impression about our stockpile: we don’t have that many vaccines, but instead a production commitment of large batches that haven’t been delivered yet.

You took part in a virtual meeting with Brazilian health minister Marcelo Queiroga. What was the outcome of that meeting? We debated the maintenance of good Brazil-U.S. relations in the scientific field. We’ve maintained for years a productive collaboration with Brazilian institutions such as Fiocruz, through which we exchange knowledge in research about HIV, the zika virus, and now Covid-19. This kind of bond must always be reinforced with the intent of advancing science.

Countries like Israel and the UK have organized to adopt so-called immunity passports, documents that allow vaccinated people or people who have contracted Covid-19 to travel, go to public events, and even organize parties with friends. Do you consider them a good idea? In my opinion, there are benefits to this initiative, but also risks we must pay attention to. I fear two main consequences: that the passport ends up segregating countries where vaccines are less available and that it imposes mandatory immunizations.

But aren’t you unconditionally pro-vaccine? I am, but I also advocate individual liberties. We don’t want to strong-arm people into doing anything, even though immunizations are the best solution to beat the crisis we face. For that reason, the United States has already announced that we won’t demand these passports from foreigners entering the country when borders are reopened. But I think it very likely that the private sector will decide to stick to that initiative, asking for proof of vaccination to grant access to events and services.

How do you think we’ll be living a year from now? Surely much better than now, but the pace of progress, I must stress, will depend on our ability to vaccinate a great number of people as fast as possible. Life should begin to go back to normal in the United States until the end of summer, in August of this year. Not everything will be as before the pandemic, of course, but many of the activities people renounced will be resumed.

What about the rest of mankind? Globally, return to normality will be more gradual, notably in countries where vaccination advances slowly. I believe that in these places routine will take another year to stabilize and everything, or almost everything, is reopened and cleared. The good news is that the consortium of vaccine roll-out led by WHO, COVAX, is proving to be an effective initiative to improve access to vaccines for poorer nations and we are part of it. Another fact I see with extreme optimism is that, in spite of spots of resistance here and there, humankind has bowed to science, the only way after all for us to beat this virus. 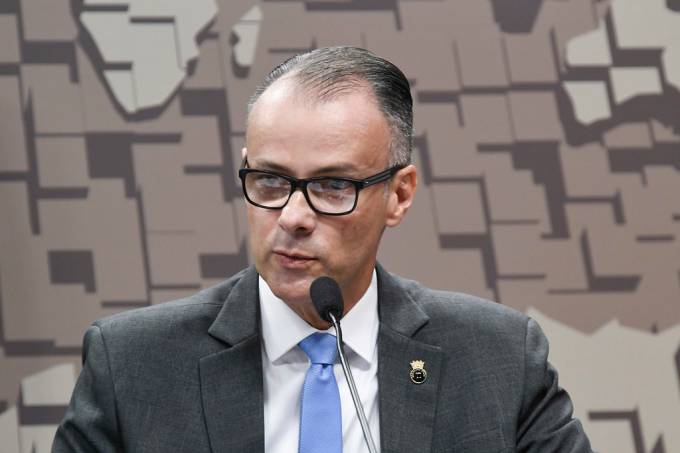 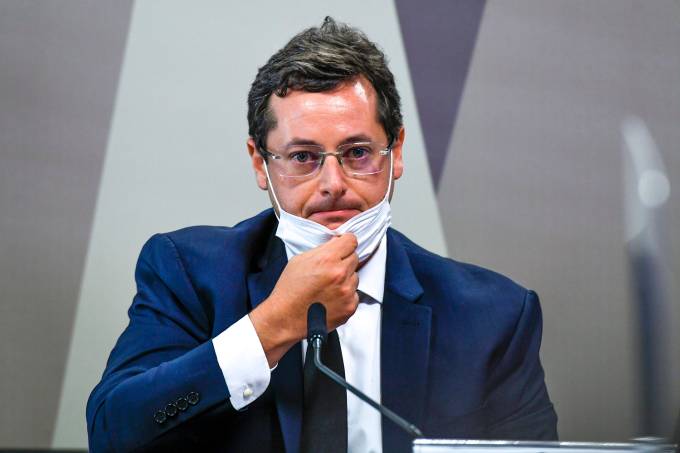 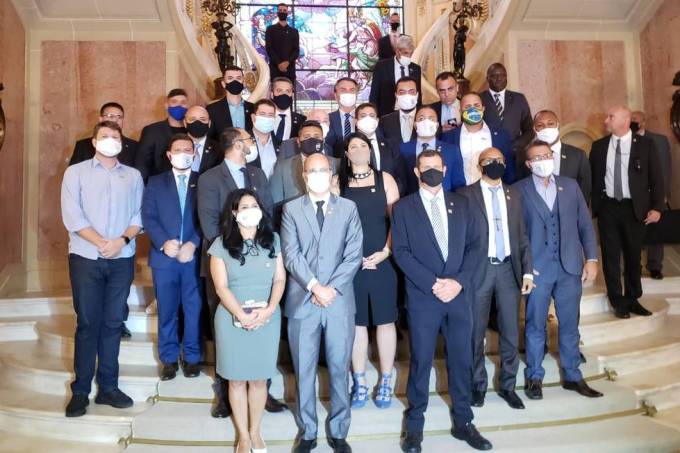 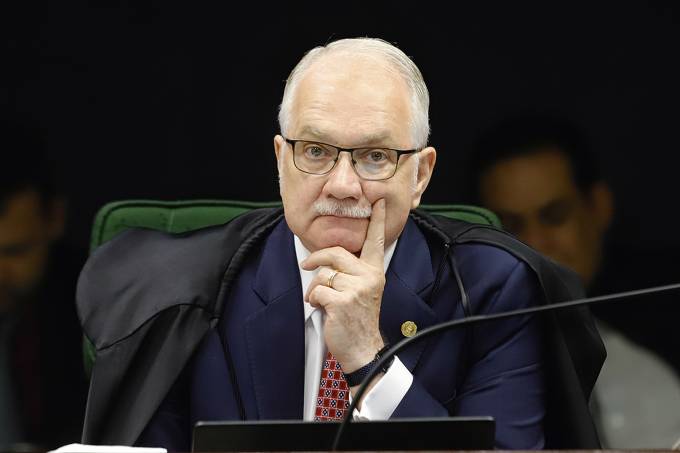 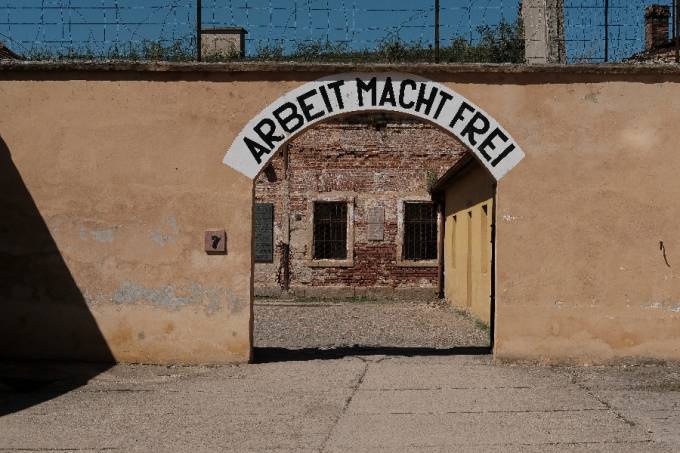 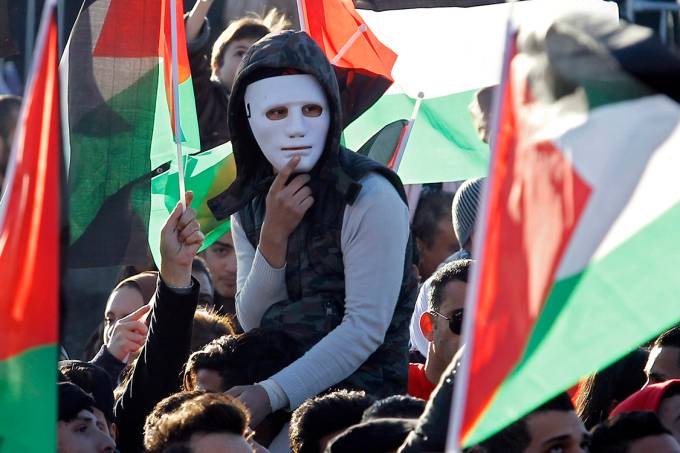 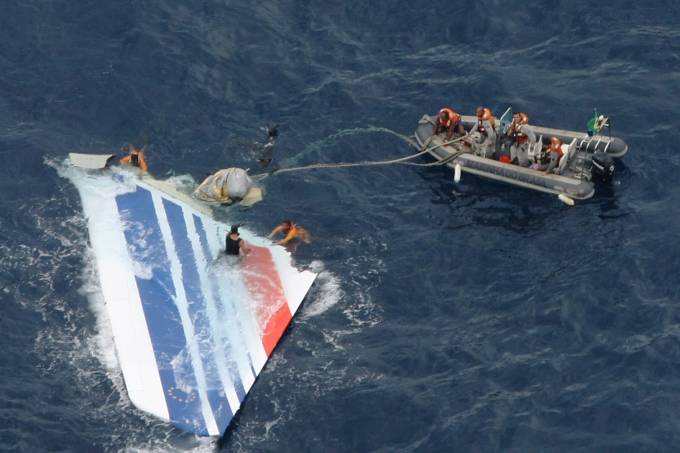