Edward Snowden: In the name of public interest

The ex-CIA agent says that it was right to make the leaked conversations of Lava Jato public – and it doesn’t matter where the information came from.

As a 22-year old system analyst, Edward Snowden was already working in the National Security Agency, the NSA, and was close to joining the espionage team of the CIA. “I felt I was on top of the world”, he says. In his eight years in the intelligence field, he had a major role in perfecting the mechanisms that monitor people and governments. Based in Hawaii, Snowden was a nobody, like everyone else in his line of work, until 2013. In that year, with the help of American journalist Glenn Greenwald, now with The Intercept Brasil, he released top-secret documents that expose the mass surveillance of ordinary citizens in the United States and abroad, a scandal that changed laws everywhere. Snowden had his passport suspended, faces criminal charges in his country, and lives in Russia with his wife – an epic story that he tells in his autobiography, Permanent Record (Eterna Vigilância, in Brazil), released on Tuesday (17). The book made him a target of another lawsuit, by the Department of Justice, arguing that he cannot profit from releasing secret information and demanding that all copyrights be directed to the American government. Snowden, now 36, talked to VEJA in a video call from Moscow.

What is your opinion on the disclosure of conversations between judges and prosecutors in Brazil, the Vaza-Jato scandal? All disclosure of private conversations can cause some discomfort, but I think ministers, politicians, prosecutors, and judges, by the nature of their position, are always subject to this kind of discomfort. They are the ones who decide who is going to prison and what our future will be like. It doesn’t matter where the information came from. If it is of public interest and true, it should be disclosed.

You are accused of treason in the United States. Is there any basis for this accusation? No. One of the reasons I struggled for so long before going public with the information I had was the the oath I made to the American government when I joined the secret service. When I reported the surveillance abuse by public agencies, a lot of people said: “You broke the pact.” But if you look at this problem philosophically, when I joined the NSA I did not swear to support and defend from enemies either the government or the agency, but the American Constitution. Right after that, I signed a long and confusing contract with the government that required complete secrecy about the information I was going to work with. Those two oaths clashed.  The secrets of the CIA that I swore to protect violated the Constitution that I swore to respect. It’s written there: every citizen has a right to privacy.

How is this constitutional right being violated? In the last position I had, I worked with a program called Xkeyscore, the Google for spies. It monitored the behavior of millions of people, people that had nothing to do with terrorism, in search of any odd behaviour. Sometimes, the use of the program was cruel. Some of my young colleagues would hack into emails and could read absolutely everything. Can you imagine all this power in the hands of 18, 20-year-olds? Of course there was a lot of misuse. There are at least thirteen cases of guys monitoring their girlfriends, looking at nudes. By the way, I noticed two common patterns in the people who surf the internet: everyone has posted a family picture and everyone has accessed a pornographic site at least once.

“All publication of private conversations can cause some discomfort, but I think ministers, politicians, prosecutors, and judges, by the nature of their position, are always subject to this kind of discomfort.”

Is it common for the government and companies to access private messages? From a technological standpoint, this could happen easily, but neither companies nor the government are interested in this kind of intelligence. First of all, the content of those messages is not trustworthy. People lie in private messages even to those they love. What really matters is what’s called metadata, perfect records of the activities of your private lives, like photos posted, people you call, websites you access, books you buy. Nowadays, it’s really hard not to be a target of this type of surveillance. Every time your phone is on, it is sending a powerful signal, it is screaming “Hey, I’m here.” That’s how the door is open.

Is there a way to avoid the tracking of private information? There is no way to completely escape from the surveillance of large corporations and governments. Even I, a specialist, have to change the way I shield my communications all the time, in addition to having multiple electronic devices and never using the Wi-Fi. I always perform a little surgery on all my phones: I take out the microphone and the camera. Overall, I recommend people to use the encryption available in their apps and avoid sending SMS and calling from conventional lines. It’s better to be safe. Surveillance can become abusive.

Where does the danger lie? People that monitor us know our weaknesses, patterns, interests, political preferences, and can predict our actions. That’s where the power to influence elections comes from. Fake news is custom built based on this gigantic database of the behavior of societies and it has become a weapon to pave the way for authoritarian politicians like Donald Trump, Vladimir Putin, and Jair Bolsonaro.

The levels of surveillance you described are useful to protect people? Actually, no. In fact, the United States has tools and agencies with a lot more money than any other country on the planet and they never did anything effective in relation to public safety. Ex-president Barack Obama had them investigated. He went to the head of the CIA, of the FBI, of the NSA, and concluded: those systems never saved a single life, never prevented a single terrorist act.

What about the prevention of attacks from terrorist groups that start at secret forums on the deep web? They are not able to prevent those either. Mass surveillance doesn’t protect the people at all and the reason is pretty obvious: if you collect everything from everyone, it is impossible to sort out what you have. It doesn’t solve the problem of finding true terrorists. Regarding the deep web, supposedly the best-hidden part of the web, nothing much happens there nowadays apart from drug dealing. The violent forums that get together to plan barbaric acts are not on this part of the web. And even if this trail led anywhere, a crucial question still remains: is it worth violating the privacy of a society to make law enforcement easier?

Isn’t it? No. The curtailment of freedom and privacy should always be that last resort taken against any of us. Even with all the information in the world at our disposal, there is no way to stop someone from breaking into a daycare center or taking an ax and attacking a bus. What we can do is implement a reliable police force and give them the necessary tools to investigate crimes individually.

In 2013, when you reported the mass surveillance system in the United States, nothing changed. Three years later, in the Cambridge Analytics scandal, a company accused of collecting data to influence the American election, Facebook was forced to explain itself. Is this a sign of progress? Unfortunately, I don’t see it that way. Instead of taking responsibility, Facebook said that they did nothing wrong and blamed Cambridge Analytics.

Are you saying that what you did had no consequence? Not really. The European Union approved the General Data Protection Regulation, some surveillance software was deactivated in the United States, but others were created.  In the meantime, Germany authorized methods of mass surveillance and China is starting to use face recognition indiscriminately, including to check when someone leaves certain provinces. The good news is that technology advances. Until recently, less than half of the communications of the world were encrypted. In 2016, it reached the majority, around 70%.

You say in your book that you were offered a position in the Russian secret service. How did that happen?I was in Russia for a layover, on my way to Ecuador, which had promised me asylum, when I heard that the American government had suspended my passport. In Moscow, I was taken to a lounge full of men in black suits. I realized they were part of the secret service and they wanted me. I said: “Thank you very much, but I’m not interested.”

Did you collaborate with the Russian government in any way? No. If I had, I would have left that airport a national hero. But it was just the opposite: I spent forty days at the airport, living of hamburgers, waiting to see what would happen to me.

“I noticed two common patterns in the people who surf the internet: everyone has posted a family picture and everyone has accessed a pornographic site at least once.”

What’s your relationship with the Putin government? The Russians are very uncomfortable with my presence here. I take every opportunity to criticize local human rights and surveillance policies in lectures and on the internet.

Do you consider going back to the United States to stand trial? During previous negotiations, I said that the only way for me to go back to my country and stand trial, risking a sentence of life in prison, is if the jury takes into consideration the reasons I did what I did. According to the laws under which I am being accused, my side of the story will have no weight.

Did those close to you condemn you for what you did? My wife didn’t know about my plan to hand over the secret documents. If I’d told her, the FBI would’ve charged her as an accomplice to conspiracy. She discovered everything on TV like everyone else, and that made me the worst boyfriend ever. But she forgave me and lives in Russia with me. My family supported me. I wasn’t expecting that.

Are you afraid of being recognized in the street? Not anymore. In 2013, I used to wear hats, didn’t shave, and was afraid of journalists, spies, of being pushed off a bridge. Now my life is much more open and less interesting. My main activity is giving lectures on the importance of privacy.

What are the chances of this interview being monitored? There is no way of knowing. It depends on the value it may have to other people. But I can assure you that we are having this video chat under a secure system. 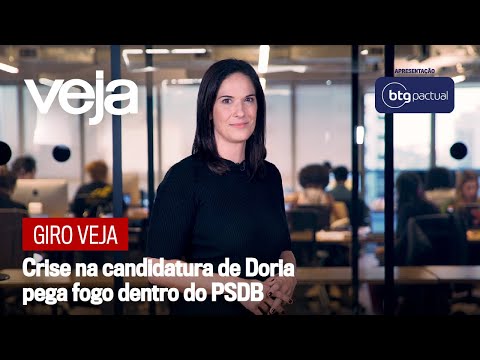