In this rare interview, the Muslim clerk denies any desire for power and denounces the political purge in Turkey

Turkish president Recep Erdogan blames Fetullah Gulen, the Hizmet leader, for the coup attempt on July 15, when 300 people were killed. Hizmet is an Islamic movement with activities in more than 180 countries. To its followers, the gulenists, Gulen — a man with swallow feet and low voice who says he spends most of his time praying and studying — is a democrat in favor of the Turkish democratization. At 77, Gulen lives in the US. The Turkish government sent an extradition request for him. If granted, he would have to face life prison plus 1900 years in jail, according to Turkish prosecutors. Reclusive, he agreed to answer written questions and afterwards received a reporter for a rare conversation in his home surrounded by gardens in rural Pennsylvania, where he lives since 1999.

Were you and your followers involved in the July coup attempt in Turkey?
As the coup attempt was in progress, I condemned it in the strongest terms. I consider it treason to the unity of a country to engage in an activity that results in the deaths of their fellow citizens. Those who are suspected of being responsible for this horrific event should be brought to justice. Instead of pursuing the individual officers responsible for the loss of life, Erdogan is going after a whole social movement, jailing journalists, academics, civil servants and shutting down hospitals, schools.

Why is Erdogan directly accusing you of leading this military coup?
This is not the first time he accused me. When the Gezi Park protests occurred in June 2013, he accused the “international interest lobby” along with the American ambassador and polarized the society to solidify his voter base. He also intimidated the media owners who were not subservient to him. When a public corruption probe emerged in December 2013, he accused my sympathizers and me and brought the judiciary under his political control. This time he is using the coup attempt to bring the military under his control. To justify taking control of the media, the judiciary and the military, he needs an enemy, a scapegoat. That is why he is focusing on my sympathizers and me. Half of Turkish population did not vote for his party. Just as in the society, there are large segments of people in the judiciary, bureaucracy and the military, who oppose his authoritarian rule. But he focuses on Hizmet movement for pragmatic, even Machiavellian, reasons. The same method was used by fascist leaders in the past to justify their power grab.

Are you afraid of being extradited to Turkey?
So far, the signals coming from the US Administration do not indicate an orientation to actually grant such a request. On the other hand, the Turkish administration is really insisting on this. They even came up with an acronym to accuse this whole movement of terrorism without evidence (“Terrorist Organization Fetullah Gulen – FETÖ”). It looks like by blaming and accusing our movement, they are trying to cover up their own acts. Two or three Turkish delegations came to the US. They claim to have sent lots of documents. But people who actually saw these documents said they don´t make sense. They are confusing, without logic. I don’t think the United States will accept a demand not based on real things or legally acceptable evidence. There are public declarations from the US officials to this effect. I also get information from my lawyers. They have been in touch with the Department of Justice and they requested to see the alleged evidence that was presented by the Turkish government. I receive information from multiple sources. None of them is sufficient by itself, but joining them I can have a comprehensive big picture of the situation.

Can the dispute around your extradition evolve to a diplomatic and geopolitical problem to the US?
I believe the Turkish government is actually bluffing. I doubt they will reach the point to really close down the Incirlik airbase or any other base that the US has access in Turkey (these bases are used by fights to bomb the Islamic State) just because the US does not want to extradite one individual.

Do you believe that Erdogan could have staged a coup?
Just as it was wrong for Mr. Erdogan to blame me hastily without any evidence, it would be wrong for me to blame him without evidence for staging the coup. I do not know who planned it and tried to carry it out. Only a properly conducted investigation, where people are not afraid of torture and a fair trial can reveal the true masterminds and willful participants. But one thing is very clear. Erdogan government’s actions after the coup are aimed at expanding his powers and eliminating anybody who is not a loyalist from government ranks and intimidating independent civil society groups. What they are doing amounts to collective punishment for simply being associated with a civic group. Even if Mr. Erdogan did not stage the coup, he is taking full advantage of the coup to grab more power and re-design the military, which is the last institution that resisted his control.

Why did you support Erdogan in 2003 and break with him ten year later?
The support of our friends in the form of votes or supportive media pieces were for their promise of democratic reforms for Turkey to join the European Union. Mr. Erdogan’s party promised to stop government’s profiling people for their political views, they promised to respect freedom of religion, they promised to curb the military’s domination over domestic policies. These are all in their party program and their leaders voiced these promises numerous times. During their first term, they did implement such reforms and were praised by the EU leaders. But unfortunately they did not continue along this path.

AKP is a religious party. Is political ambition an inherent feature of Islam?
If a state gives its citizens the right and the environment to practice their religion freely, then it is not incumbent on a Muslim to seek any other form of government. When politics and religion get mixed, both suffer but religion suffers more. I think the error of groups who seek political power in the name of Islam is to see Islam as a form of political ideology. I categorically reject this view. Islam is a religion. It is not a political ideology. Islam does not specify a particular form of government, but offers guiding principles for any government. These are principles such as protection of life, religion, mental and bodily health, family, property and basic freedoms.

As these principles are been threatened in Turkey, can Hizmet try to reach political power?
Hizmet participants never sought to gain political power and ultimately rule the country. That is why they did not form a political party or engaged in negotiations with political parties for seats in the cabinet or parliament. The financial donations and the human resources of Hizmet have focused on educational institutions, intellectual and professional organizations that serve society. I was personally offered a seat in the parliament by the mentor of Mr. Erdogan decades ago. But I refused this offer because as a preacher I don’t have the right to alienate anybody in my audience. Hizmet is open to everyone and its participants make their own political decisions.

Islamic States members are trying to live like ancient Muslims. Are they doing the right thing emulating Muhammad´s life?
Prophet Muhammad’s (peace be upon him) life is an example to be emulated by every Muslim. But it is crucial to understand the ethos of his life. Cherry picking certain statements or decontextualizing his actions and words do not yield an accurate picture. A Muslim has to examine his whole life, consider the circumstances and where his example is taking the community. Without a sincere effort to understand his life holistically, one may get the wrong lessons. Some of his actions were meant to be emulated by Muslim community regardless of times. His practice in worshiping God is the prime example. Some of his actions were limited to the circumstances of his times. And sometimes he simply tolerated a practice without approving or condoning it. Indeed, you can see that he took actions to gradually eliminate practices such as slavery or subjugation of women. Early Muslims were involved in armed conflict but according to scholars whom I trust all of these were defensive engagements.

You´ve been accused of anti-Semitism. Have you changed your mind about it?
In the past, in part due to the influence of my cultural environment I made generalizing statements about Jews, Christians and the West. But during the early 1990s in Turkey and especially after settling in the United States in 1999, I had a chance to observe and interact with individuals from these backgrounds and my perspective has evolved. I had better realize now that Prophetic or Qur’anic admonishment for certain groups are not about those groups per se but about certain qualities exhibited by those groups in a historical context. If other groups, including Muslims, exhibit those same qualities, they will be the addressee of the same criticism and admonishment. Inversely if a group is praised for certain virtues, other groups, Muslim or non-Muslim, can be the recipients of the same praise if they exhibit those virtues.

Can you better explain it?
I am 77 years old and I have seen a lot. I saw Muslims, including people I know personally, suffer in the hands of people who identify as Muslim. I have seen Jewish intellectuals and rabbis stand for Muslims’ rights and defend them against discrimination. I saw that within each group there are virtuous individuals and those who carry the identity of the group but fail to live up to its ideals. I criticized certain actions of Israel in the past, but generalizing this criticism to all Jews is wrong from an Islamic point of view. Having a negative attitude toward any individual because of the religion or ethnicity they are born into is simply un-Islamic. 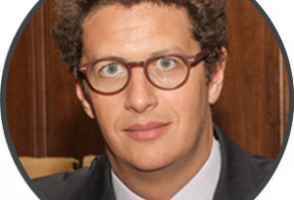 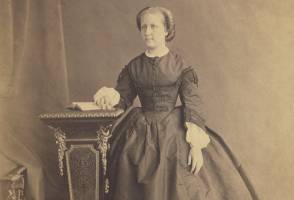 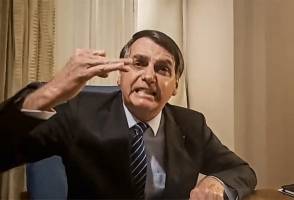 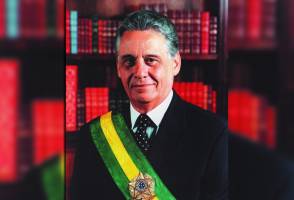