The flights that flew the Caracas-Damascus-Teheran route between 2007 and 2010 were used to transport drugs, terrorists and money.

Flight VO-3006 was created in 2007 as part of a bilateral agreement between Iran and Venezuela and flew the Caracas-Damascus-Teheran route until 2010. It was operated jointly by Venezuela´s state-owned airline Conviasa and Iran Air, controlled by the Iranian government. Former Chavez loyalists, now living in exile in the United States ,who spoke to VEJA said the flight´s nickname, “aeroterror”, made its purpose quite clear, i.e. to transport dirty money or criminals sought by Interpol.

The “aeroterror” flight initially flew on a weekly basis but was then changed to a regular operation carried out every two weeks. Although tickets were on sale through the company´s site, ordinary travelers never managed to make a reservation. Only those with government authorization could travel on flight VO-3006. The plane nearly always took off with virtually all the seats empty.

Although the route was loss making in commercial terms, it was maintained. A spreadsheet from Venezuela´s Ministry of Basic Industries and Mining showed that the flight cost US$ 45.3 million between 2007 and 2009. The Venezuelan government alone squandered US$ 36.6 million on the operation. The revenues from ticket sales in the same period came to only US$ 15 million.

Actually the flights that flew every two weeks did pay for themselves, by illegal activities. The American intelligence service had always suspected that the flight was used for smuggling arms between Teheran and Damascus and to carry Iranian military personnel whose presence grew significantly in Latin America, according to official reports. The American State Department and the Defense Department expressed their concern in 2010 over the flight. In its annual report on terrorism, the American government claimed that the Iranian Revolutionary Guard was using the flight for military purposes.

Two weeks ago, VEJA revealed in an article how Venezuela and Iran had used the “aeroterror” flights. According to the exiled former Chavez supporters in the United States, the flights were used to transport dozens of Islamic extremists who needed to travel to the West through Iran and Syria, without being noticed.

According to these sources, the Venezuelan embassy in Damascus maintained a network that produced and distributed genuine Venezuelan passports that were supplied to terrorists to hide their identities.

The operation in Damascus was headed by the then commercial attaché, Ghazi Nasseraddine, a Lebanese with Venezuelan citizenship. Nasseraddine is a known member of the Lebanese Hezbollah group. Before being named as a diplomat, he looked after Hezbollah’s interests in Caracas.

The former Chavez staff members heard by VEJA said Nasseraddine had operated in partnership with Venezuela´s then interior minister and current governor of Venezuela´s Aragua state, Tareck El Aissami, who is on the FBI´s wanted list for his involvement with terrorism.

These former Chavez loyalists, who denounced Nasseraddine to the FBI, claim that El Aissam used the “aeroterror” flights to send drugs to Syria. The cocaine produced by the Farc guerrilla group in Colombia, was sent to Venezuela and then dispatched in the freight compartment of flight VO-3006 to Damascus. 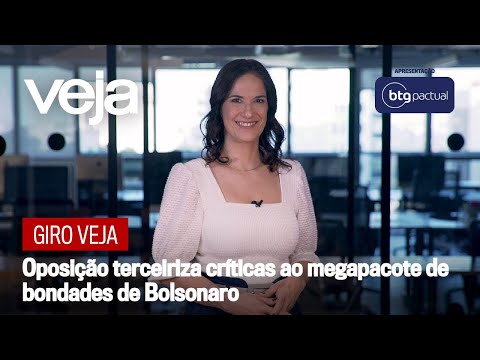